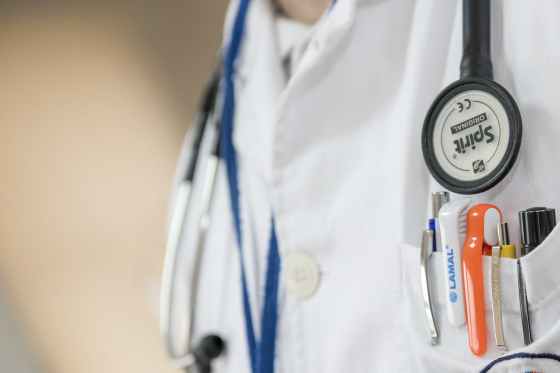 Another chapter in the continuing saga of medical assistance in dying (“MAID”) was completed on January 31, 2018 when the Divisional Court of the Ontario Superior Court of Justice ruled on the constitutionality of the “Effective Referral Provisions” of the Human Rights Policy and MAID Policy of the College of Physicians and Surgeons of Ontario (“CPSO”). (In this blog post, I am focussed on the MAID Policy but the judgment refers to the Policies.) The Effective Referral Provisions require physicians who are unwilling to provide, amongst other matters, MAID to their patients, on moral or religious grounds to provide an effective referral to another health care provider. The Christian Medical and Dental Society of Canada and the Canadian Federation of Catholic Physicians’ Societies, and Canadian Physicians for Life, along with a number of individual “objecting” physicians had challenged the Effective Referral Policy on the basis that the Policy violated their freedom of religion and conscience protected by s. 2(a) of the Charter and their right to equality protected by s. 15. Justice Wilton-Siegel, (Justices Lococo and Matheson concurring) disagreed and dismissed the challenges:  The Christian Medical and Dental Society of Canada v. College of Physicians and Surgeons of Ontario, 2018 ONSC 579.

END_OF_DOCUMENT_TOKEN_TO_BE_REPLACED

This is just a quick post to note that Bill C-14 in the more restricted format passed by the House of Commons – for the second time – was just approved by the Senate by a 44 to 28 vote. Earlier, the Senate had returned the Bill to the House of Commons with a substantial majority of Senators agreeing that the House of Commons’ version was too restricted, especially considering the requirement that a person seeking medical assistance in dying (“MAID”) be at the point where his or her natural death was “reasonably foreseeable”. Constitutional experts had testified before the Senate to the effect that this version of the Bill was unconstitutional because it stripped away rights from a group of persons that the Supreme Court of Canada had expressly determined were theirs. So what next?

END_OF_DOCUMENT_TOKEN_TO_BE_REPLACED

Government ministers and opposition leaders were in a flap this last week. The Senate dared to amend Bill C-14, the bill on physician-assisted dying and strike out one of the qualifications that the House of Commons had insisted on – namely, that natural death be reasonably foreseeable. Opposition Leader Rona Ambrose stated in response on June 9, 2016:

“We have the courts making laws in this country and now we have an unelected Senate changing the laws of an elected House….”

Minister of Health Jane Philpott stated that the government was “concerned” about the amendments to a bill that “has been supported by a vote in the House of Commons”. Justice Minister Jody Wilson-Raybould called the amendment a “significant one” and said that it would “broaden the regime of medical assistance in dying in this country and we have sought to ensure that we, at every step, find the right balance that is required for such a turn in direction.”

END_OF_DOCUMENT_TOKEN_TO_BE_REPLACED

The extended deadline set by the Supreme Court of Canada in Carter v. Canada (Attorney General), 2016 SCC 4 expired last night, June 6, 2016, at midnight. The constitutional exemption created by the Court in granting the extension to its original deadline of February 6, 2016, would have logically expired as well. So what is the state of the law today in Canada insofar as it relates to medical assistance in death?

END_OF_DOCUMENT_TOKEN_TO_BE_REPLACED

In two separate decisions, the courts have made it clear that nothing in Carter v. Attorney General (Canada), 2015 SCC 5 requires that the person seeking medical assistance in dying be suffering from a terminal illness or condition. And yet the government persists in pursuing Bill C-14 with its requirement of “reasonable foreseeability” of death.

END_OF_DOCUMENT_TOKEN_TO_BE_REPLACED

Today, in its fifth decision of the year, the Supreme Court overturned yet another decades old precedent and found the Criminal Code provisions prohibiting physician-assisted death in end-of-life situations unconstitutional and contrary to s. 7 of the Charter. This is the third time this year that the Court has overturned one of its previous decisions on constitutional matters. In Carter v. Canada (Attorney General), 2015 SCC 5, the Court spoke with one voice and in its own name (the headnote states that the precedent was “distinguished” but make no mistake, it no longer applies to these same statutory provisions against assisted death). No one justice was accredited with the authorship of the reasons.