Today marks the 150th anniversary of the date that Canada’s constitution came into effect. While many are saying that today is Canada’s 150t birthday, it is more accurate to say that it is the “150th birthday” of Canada’s written federal constitution. On July 1, 1867, the British North America Act, now named the Constitution Act, 1867, came into force and the fledgling federation known as Canada was created. But Canada and her constitution existed long before that, Even in the political and legal sense of the word, “Canada” was a concept or an entity in one form or another well before 1867. There was the united Province of Canada, Upper and Lower Canada, and, of course, the indigenous nations that spanned the territories of what is now Caanda for long before 1867. But today, I would like to commemorate the 150th anniversary of Canada’s BNA Act (let’s use the former name today for old time’s sake). I would also like to take notice of what transpired recently in British Columbia to underscore that Canada and her constitution are much, much older than 150 years.

END_OF_DOCUMENT_TOKEN_TO_BE_REPLACED

Today is Election Day in Canada. Canadian citizens have the right to vote for the candidate of their choice.

Just as a reminder, section 3 of the Canadian Charter of Rights and Freedoms provides:

3. Every citizen of Canada has the right to vote in an election of members of the House of Commons or of a legislative assembly and to be qualified for membership therein.

If you can vote today in this election, please do so. Not all people are so lucky as to have this right,… and this responsibility. 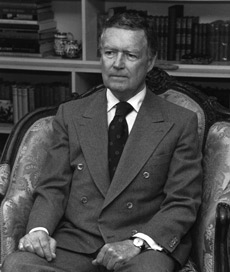 On May 19, 2015, Canada lost one of her great constitutional scholars. Edward (“Ted”) McWhinney, Queen’s Counsel, former Liberal Member of Parliament for Vancouver Quadra, and constitutional and international law expert passed away on his 91st birthday. Ted McWhinney was born in New South Wales, and then educated first in Australia and later at Yale where he obtained his doctorate in constitutional and international law. Along the way, Canada became the lucky beneficiary of this citizen of the world who made Canada his home and eventually his nationality. He was fluent in English, French, German and Russian, and authored 24 books, three of which were in French or German, and countless papers of distinction. He was the first Canadian to be elected to the Institut du droit international based in Geneva and was actually that Institut’s president from 1999-2001. He ended his career as a university professor as a professor emeritus with Simon Fraser University. His full obituary was published in the Province. Thank you, Ted McWhinney, for your contributions to Canada and to the world. We are all richer because of your brilliance and your life’s work.

Madam Justice Duncan of the Supreme Court of British Columbia was recently faced with a difficult decision – to evict scores of homeless who had occupied Oppenheimer Park in Vancouver’s Downtown Eastside or to let them stay in their informal tent city. The City’s Park Board bylaws prohibited any one to stay in a park after its posted hours and prohibited the erection of tents without permission of the City. Moreover, the bylaws prohibited what one might term disorderly conduct. The posted hours for Oppenheimer Park were from 6:00 am to 10:00 pm. In other words, the park was closed from 10:00 pm to 6:00 am. While I will not suggest that, in the end, Justice Duncan came to the wrong result (Vancouver Board of Parks and Recreation v. Williams, 2014 BCSC 1926), I will argue that she missed an extremely important element of the whole purpose of the tent city.

END_OF_DOCUMENT_TOKEN_TO_BE_REPLACED

It is with heavy hearts that Canadians throughout the land close out this day. Today Cpl. Nathan Cirillo lost his life while serving as an honour guard at the War Memorial in Ottawa. A gunman shot Cpl. Cirillo in cold blood for motives that remain unclear. The gunman then moved to Parliament’s Center Block where a gunfight ensued and the gunman was killed. Canadians grieve for Cpl. Cirillo and for his family. They are deeply grateful for the courage and valour of the security forces who defended Parliament, its members, staff and visitors, putting their lives on the line. “Thank you” “merci” to them all.

END_OF_DOCUMENT_TOKEN_TO_BE_REPLACED

The constitutional principle respecting access to justice was given a major shot in the arm today. In what I consider to be a stunning decision, the Supreme Court of Canada has given real force and effect to this unwritten constitutional principle and ruled that British Columbia’s civil hearing fee regulations are unconstitutional. The Court is increasingly aware, it would seem. that the unwritten constitution may be as important and sometimes more important than the written one. The decision of Trial Lawyers Association et al v. British Columbia, 2014 SCC 59 is a game changer.

END_OF_DOCUMENT_TOKEN_TO_BE_REPLACED

As of the date of this post, Canada’s Parliament boasts three sitting members who are all experts in constitutional law. I do not know if we have ever had such a bounty of constitutional know-how in the House of Commons. But what is interesting to me is that our elected chamber has available to it some of the most eminent constitutional scholars that the country can offer at a time when the government consistently enacts or seeks to enact unconstitutional legislation. Part of the problem may be that one of the three sits as members of the Official Opposition (the New Democratic Party) and the other two sit as members of the Third Party (the Liberal Party of Canada).

Regrettably, it would appear that Parliament increasingly fails to pull upon the background and experience of its members and instead prefers to inhabit partisan space. In my opinion, if our legislative bodies drew upon and respected the knowledge of their members, our democracy would be much healthier and more balanced than it is now. Imagine how different things might be if the constitutional opinions of these members were sought and debated in Parliament.

So here are the three members, in alphabetical order of their last names, with photos either from the Parliament of Canada’s website or from their respective party’s website and information taken from their individual sites. (If I have missed any other constitutional lawyers sitting in Parliament, I apologize in advance).

END_OF_DOCUMENT_TOKEN_TO_BE_REPLACED 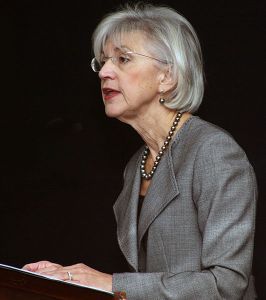 Last week, Prime Minister Harper suggested that a phone call by Chief Justice McLachlin to Justice Minister Peter MacKay’s office about a potential appointment to fill a vacancy for a Quebec judge on the Court was improper. The Chief Justice took the unprecedented step of responding to this allegation by issuing a press release. It stated:

At no time was there any communication between Chief Justice McLachlin and the government regarding any case before the courts. The facts are as follows:

The Chief Justice had no other contact with the government on this issue.

The Chief Justice provided the following statement: “Given the potential impact on the Court, I wished to ensure that the government was aware of the eligibility issue. At no time did I express any opinion as to the merits of the eligibility issue. It is customary for Chief Justices to be consulted during the appointment process and there is nothing inappropriate in raising a potential issue affecting a future appointment.”

In a few words, the Chief Justice is right.

The current enemy of the Prime Minister and his government appears to be the Supreme Court of Canada. It is not enough to state that he disagrees with the decisions of the Court. Instead, a baseless attack on the integrity of the Chief Justice is in order. And truth need not enter the equation. It seems that the Prime Minister and Justice Minister think that it is appropriate to try to twist what was a normal exercise of her authority, indeed a proper discharge of her constitutional obligations (namely, providing prior input to the Prime Minister and the Justice Minister about a potential appointment to fill a vacancy on the bench), into some sort of sordid show of impropriety.

In acting in this way in relation to the Court and the Chief Justice, the Prime Minister is simply following a practice that he has cultivated over the last decade. He does not simply disagree with the Leader of the Opposition, Mr. Mulcair, or the Leader of the Third Party, Mr. Trudeau, he must seek to impeach their personal integrity. Ditto for the Chief Electoral Officer Marc Mayrand. Same for Parliamentary Budget Officer Kevin Page. The list goes on. In so doing, the Prime Minister and his government is bringing the entirety of Canada’s central institutions – the House of Commons, the Senate, the Supreme Court of Canada, the role of responsible and democratic government – all into disrepute. He is undermining the very foundations of the Canadian federation.

A constitution must not be simply written and read. It must be lived and embraced by all of its constituents. The Prime Minister would do well to learn to appreciate the underlying constitutional principles that support the country that is Canada.

When I started up this blog, I had searched URL’s and found that “constitutionally-yours.com” was available, I liked the name and so I took it. After I had been doing this blog for about 6 weeks, I realized that there had been (or still is) another blog, run out of the United States under the same name “Constitutionally Yours”. It had not seen activity for a while but I thought, “Why create confusion?” So I have changed this blog to “Constitutionally Canadian”. The URL will be http://www.constitutionalcanadian.com. I look forward to continuing under this new moniker.

I still remain though

PS Though I am sure everyone knows, yesterday, the Supreme Court of Canada granted leave to appeal in Carter v. Attorney General for British Columbia, the case on physician assisted suicide.

Yesterday, the world lost a great human being. Nelson Mandela was one of the few people who could honestly say that he left the world a better place than when he came into it. His selflessness, his dedication to the concepts of equality and decency, his refusal to wreak retribution on those who had caused him so much misery stand as beacons, as guiding lights for us all. As we go forward in our lives, even as we consider Canada’s constitutional issues, we can draw much from Nelson Mandela’s words, spoken in relation to South Africa and the establishment of a new constitution in the post-apartheid era, but applicable in any country:

“Historical enemies succeeded in negotiating a peaceful transition from apartheid to democracy exactly because we were prepared to accept the inherent capacity for goodness in the other. My wish is that South Africans never give up on the belief in goodness, that they cherish that faith in human beings as a cornerstone of our democracy.”

Thank you Nelson Mandela. You have enriched us all.