From the earliest days of my career in law, I have held an abiding interest in all things “constitutionally Canadian”.  Whether we are looking at the tensions between the apparatus of the state and the rights of the individual as moderated by the Canadian Charter of Rights and Freedoms or the tug and pull of centralism versus provincialism found in division of powers cases, the Canadian constitution provides a fascinating backdrop for diverse issues. I believe that a constitution should reflect the country that it regulates. It is, after all, the constitutional skeleton from which all other legal flesh and tendons is hung. It must embody the soul of the people it governs – or perhaps more accurately, its people’s soul must govern it. And so, in creating this blog, I hope to raise matters of constitutional import or interest and to heighten the awareness of its centrality to Canadians’ lives and to our country’s well-being. 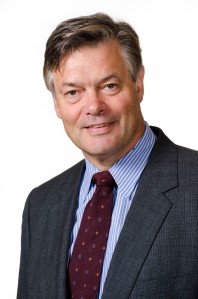 Arthur Grant works with Grant Kovacs Norell, a civil litigation firm based in Vancouver, British Columbia. Raised in small towns around the province, Art attended University of British Columbia where he obtained his Bachelor of Science (Chemistry) in 1980. While attending UBC, Art joined the UBC Thunderbird Rowing Crew, rowing with the crew for four years, a sport he still loves and competes in today.

Art then went to University of Ottawa, taking courses in both English and in French from both the Common Law and Civil Law programs. After graduating from Ottawa, he clerked with the British Columbia Supreme Court and then completed his articles with a large Vancouver law firm. In 1986, he and his young family moved to Gatineau, Quebec, and he pursued his Masters of Law under the Civil Law section’s supervision. His thesis, written in French, focussed on a theory of judicial review that would be appropriate for the definition of constitutional rights and freedoms under the then new Canadian Charter of Rights and Freedoms. While doing his Masters, Art worked as part-time law professor and as a researcher for the Law Reform Commission of Canada. He then clerked at the Supreme Court of Canada, first for Mr. Justice McIntyre and later for Madam Justice McLachlin (now Chief Justice). It was during these years, that Art’s passion for constitutional law was cemented.

Art and his family then returned to Vancouver where he has practised as a civil litigator ever since. He has co-authored The Canadian Law of Architecture and Engineering, 2nd ed. with Chief Justice McLachlin and Justice Wilfred Wallace. He has acted as counsel and has appeared in every level of court, from Provincial Court to the Supreme Court of Canada. He has been the Chair or Co-Chair of the Constitutional Law and Civil Liberties Section of British Columbia. He has been on the national executive of the Constitutional Law and Human Rights Section of the Canadian Bar Association for over five years and is currently the immediate Past Chair of the national section. He is currently a member of the national Policy Committee for the Canadian Bar Association. He presently serves on the Canadian Bar Association – British Columbia Branch’s Access to Justice Committee and Equality and Diversity Committee. He has previously served two terms on the Judicial Advisory Committee and three terms on the Governmental Relations Committee. He is a member of the Canadian Bar Association’s Medical Assistance in Dying Committee. He also serves on the Legal Advisory Committee to Dying With Dignity Canada. He is a member of the Institute of Parliamentary and Political Law.

In his time outside of the office, Art is either rowing with the Deep Cove Masters Rowing Crew, swimming with the North Vancouver Masters Swim Club or enjoying time with his family either in the mountains of North Vancouver or up the Sunshine Coast.

If you know of a constitutional issue or case that you think would be of interest to Canadian constitution-watchers, please let me know. I can be reached at agrant@gkn.ca.