As of the date of this post, Canada’s Parliament boasts three sitting members who are all experts in constitutional law. I do not know if we have ever had such a bounty of constitutional know-how in the House of Commons. But what is interesting to me is that our elected chamber has available to it some of the most eminent constitutional scholars that the country can offer at a time when the government consistently enacts or seeks to enact unconstitutional legislation. Part of the problem may be that one of the three sits as members of the Official Opposition (the New Democratic Party) and the other two sit as members of the Third Party (the Liberal Party of Canada).

Regrettably, it would appear that Parliament increasingly fails to pull upon the background and experience of its members and instead prefers to inhabit partisan space. In my opinion, if our legislative bodies drew upon and respected the knowledge of their members, our democracy would be much healthier and more balanced than it is now. Imagine how different things might be if the constitutional opinions of these members were sought and debated in Parliament.

So here are the three members, in alphabetical order of their last names, with photos either from the Parliament of Canada’s website or from their respective party’s website and information taken from their individual sites. (If I have missed any other constitutional lawyers sitting in Parliament, I apologize in advance). 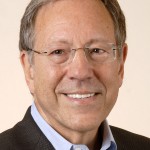 Law Professor, Constitutional and Comparative Law Scholar, International Human Rights Lawyer, Counsel to prisoners of conscience, NGO Head, Public Intellectual, Peace Activist, Member of Parliament, and Minister of Justice and Attorney General of Canada – Irwin Cotler has been variously described in these roles and responsibilities as being “at the forefront of the struggle for justice, peace and human rights.”

Irwin Cotler is presently a Canadian Member of Parliament first elected in a by-election in November 1999 with 92% of the votes, in what was characterized as “the most stunning electoral victory in this century by any standard”. He was re-elected in the general elections of November 2000, June 2004, and January 2006, with the highest Liberal majority in the country, and, most recently, in October 2008.

On December 12, 2003, the Prime Minister appointed him Minister of Justice and Attorney General of Canada. He was reappointed following the General Election of June 2004 and served in that office until the general election of January 2006, when the Liberal government was defeated. He is currently serving as Liberal Special Counsel on Human Rights & International Justice, is a member of the House of Commons Foreign Affairs Subcommittee on International Human Rights, and Chair of the All-Party Save Darfur Parliamentary Coalition. A leading public advocate in and out of Parliament for the Human Rights Agenda, he headed the Canadian Delegation to the Stockholm International Forum on the Prevention of Genocide.

As Minister of Justice and Attorney General, he helped transform the face of the judiciary through the appointment of two outstanding women justices to the Supreme Court of Canada –Mesdames Justices Rosalie Abella and Louise Charron– making the Supreme Court of Canada the most gender representative Supreme Court in the world, while appointing the first ever visible minority and aboriginal justices to appellate courts. He also initiated legislation for the Protection of Children and other Vulnerable Persons; the first ever legislation to criminalize trafficking in persons; made the pursuit of international justice a priority, including, in particular, the combating of mass atrocity and genocide; initiated the first ever prosecution under the Canadian War Crimes and Crimes Against Humanity Act for incitement to genocide in Rwanda; issued the first ever National Justice Initiative Against Racism and Hate; and quashed more wrongful convictions in a single year than any prior Minister.

Mr. Cotler is as Professor Emeritus of Law at McGill University, where he is Director of its Human Rights Programme, and Chair of InterAmicus, the McGill-based International Human Rights Advocacy Centre. He has been a Visiting Professor at Harvard Law School, a Woodrow Wilson Fellow at Yale Law School, and is the recipient of ten Honourary Doctorates, including from the Hebrew University of Jerusalem, whose various citations refer to him as “a scholar and advocate of international stature.”

A constitutional and comparative law scholar, he litigated every section of the Canadian Charter of Rights and Freedoms, including landmark cases in the areas of free speech, freedom of religion, women’s rights, minority rights, war crimes justice, prisoners’ rights, and peace law. He has testified as an expert witness on human rights before Parliamentary Committees in Canada, the United States, Russia, Sweden, Norway, and Israel, and has lectured at major international academic and professional gatherings in America, Europe, Asia, Africa, and the Middle East.

A feature article on him in Canada’s national magazine – Maclean’s – magazine referred to him as “Counsel for the Oppressed”.

He has testified as an expert witness on human rights before Parliamentary Committees in Canada, the United States, Russia, Sweden, Norway, and Israel, and has lectured at major international academic and professional gatherings in America, Europe, Asia, Africa, and the Middle East.

A noted peace activist, he has been a leader in the movement for arms control, and helped develop “Peace Law” as an area of both academic inquiry and legal advocacy; as well, Professor Cotler has been engaged –both as scholar and participant observer– in the search for peace in the Middle East. He has lectured in both Arab countries and Israel for over thirty years, and has been an active participant in rapprochement dialogues between Israelis and Palestinians. He was the first Canadian Government Minister to visit the Middle East – promoted a common justice agenda in the region– and secured agreement among the Justice Ministers of Egypt, Jordan, Israel and the Palestinian Authority to participate in the first ever joint Justice Forum.

A leader in the struggle against impunity and the development of international humanitarian law, Professor Cotler served as Counsel to the Deschênes Commission of Inquiry in the matter of bringing Nazi war criminals to justice; filed amicus briefs before the International Criminal Tribunals for former Yugoslavia and Rwanda; and was leading advocate for the establishment of an International Criminal Court.

On December 2, 2006, at one of the most exciting Liberal leadership conventions in party history, Stéphane Dion was elected as the 11th leader of the Liberal Party of Canada.

In July 2004, under former Prime Minister Paul Martin, Mr. Dion was appointed Environment Minister. As Minister, Mr. Dion won international agreement to extend the Kyoto protocol beyond 2012 at the follow-up to the Kyoto Conference on Climate Change in Montreal in December 2005.

Mr. Dion was appointed Intergovernmental Affairs Minister in January 1996 under former Prime Minister Jean Chrétien, where he worked to improve our federation. He developed the federal government’s case against unilateral secession, which would have jeopardized the rights of Quebecers and all Canadians, obtained a favourable opinion from the Supreme Court of Canada, and turned the court’s opinion into law through the Clarity Act, passed in 2000.

Mr. Dion graduated from Université Laval with a B.A. in 1977 and an M.A. in 1979, both in political science. In 1986 he received his doctorate in sociology from the Institut d’études politiques in Paris.

Before entering politics, Mr. Dion taught public administration and political science at the Université de Montréal from 1984 to 1996. He lectured at the Université de Moncton in 1984, was a visiting professor at the Brookings Institution in Washington, at the Laboratoire d’économie politique in Paris and at the Canadian Centre for Management Development in Ottawa.

Mr. Dion is married to Janine Krieber, and has one daughter, Jeanne.

Craig Scott was elected in a by-election on March 19, 2012, as the Member of Parliament for Toronto-Danforth, the riding previously represented by NDP Leader Jack Layton. Amongst his responsibilities in the federal NDP caucus, he is the Official Opposition Critic for Democratic and Parliamentary Reform and sits on the Procedures and House Affairs Committee of the House of Commons.

Craig has devoted his life to fighting for human rights and equality. Until his election, he was professor of law at Osgoode Hall Law School of York University and, prior to that, professor of law at University of Toronto Faculty of Law. Craig has spent years promoting justice in places like South Africa, Honduras, Sri Lanka and Afghanistan, as well as on a range of fronts in Canada. He’s been a strong advocate on anti-poverty issues and Aboriginal rights, and has done substantial work on the issue of Canada’s transfer of detainees in Afghanistan to risk of torture. In recent years, Craig worked on issues such as accountability for human rights violations and environmental harms committed by Canadian companies in other countries.

Craig is a former member of the Board of Directors at the Centre For Equality Rights in Accommodation – a Toronto-based organization devoted to ending discrimination in housing. He co-founded the Sri Lanka Campaign for Peace and Justice, and played an active role on its Advisory Council until stepping down when elected to Parliament. Craig was also a commissioner on the Truth Commission in Honduras created by human rights organizations after the 2009 coup in that country; he stepped down after being elected to Parliament, before the final report was written.

A lover of art, Craig also ran the Craig Scott Gallery in Toronto. Craig has been a resident of Riverdale in Toronto-Danforth for the last 23 years. He currently lives on Dingwall Avenue with his partner Kovit Ratchadasri.

I thank these three constitutionalists for the public contribution that they give and hope that, one day, a more thoughtful Parliament will exist where the views of such scholars will be actively listened to and considered.