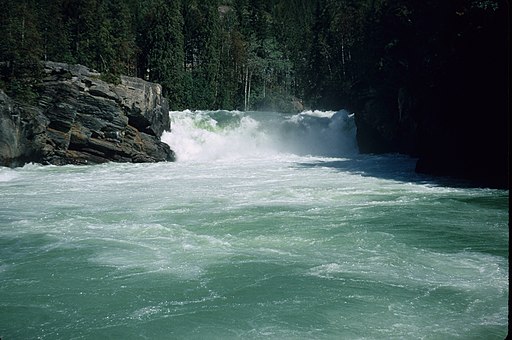 British Columbia’s election last spring resulted in a change of government – the BC Liberal Party that supported the TMX was ultimately removed from office and a minority NDP government, supported by a Green Party caucus of 3 members, now governs with a razor-thin control of the Legislature. Earlier this year, BC’s Premier John Horgan announced that their government would consult British Columbians and First Nations about a potential regulation to limit the amount of additional bitumen being shipped through British Columbia. The idea was that the BC Government would look more deeply into the environmental risks of diluted bitumen being transported through the Province’s territories and the dangers of spills in both freshwater and saltwater environments. How could these spills be contained? Can they be effectively remediated? What would happen if diluted bitumen spills into a river during the salmon spawning season? When the smolts are running? What happens if it leaks into a body of freshwater during the dead of winter (ever work with oil in slush)? What happens to the First Nation fisheries? Good questions. So far, I have not heard good answers. BC Premier Horgan is proposing to ask those questions. Remember – there is no regulation passed yet. So far we are talking about a “proposed” regulation.

Alberta’s NDP Premier, Rachel Notley, responded to Premier Horgan’s announcement by going to war. She claimed that, if BC was going to act illegally and unconstitutionally, Alberta would start by boycotting BC wine. Alberta would not be negotiating for BC’s abundant hydro-electricity. She said that BC was rewriting the constitution and abandoning the concept of rule of law. And then, today, she escalated the matter: in the throne speech to the Alberta Legislature, Premier Notley threatened to cut off the supply of oil to BC if BC engaged in “extreme and illegal actions” to stop the TMX project.

As a lawyer who believes in constitutionalism and rule of law as founding principles for our country, I am deeply concerned by the antics being adopted here – principally by Premier Notley. While I appreciate that she is in a fight for her political life because the Alberta provincial election is not far off (and I note, to be fair to Premier Notley, that the Alberta Opposition Leader Jason Kenney is making the same sorts of noises), this is not how one deals with disputes over legality of provincial regulations.

The last time I checked, British Columbia and Alberta both have courts of inherent jurisdiction, with appellate structures overseeing the correctness of those courts’ determinations. Ultimately, the decisions of the courts of both provinces can be reviewed by the Supreme Court of Canada. Alberta can, if it so chooses, bring legal action against British Columbia and challenge the regulation if passed, or even submit a question of law on the “proposed regulation” to its own courts on a reference. If the Albertan government is correct, and British Columbia’s proposed regulation is illegal and unconstitutional and the courts so rule (of course, allowing the appellate mechanisms time to work), I have no doubt that the British Columbian government would respect those rulings.

But what would happen if BC was acting constitutionally? What would happen if BC’s regulations were not “illegal”? Would the Alberta government then abandon its position or would it continue to proceed with its trade war strategies? But right now, what is happening, at least on Alberta’s side of the equation, are trade war tactics. (I note that BC is not suggesting to stop the existing flow of Alberta bitumen – rather it is proposing a regulation to limit additional bitumen while the questions relating to spills of diluted bitumen are more fully studied.)

But trade wars within our own federation? Cutting supplies off to fellow citizens? Suspending negotiations over supply of BC’s electricity? Really…  I hate to say this, but I am afraid that this sort of behaviour is being currently conducted elsewhere in the world by a leader of a major country and most of the world is disgusted with it.

Premier Notley has said that BC is proposing to act unconstitutionally. Fine. If so, then use the courts to prove your point. Boycotting goods, withholding supplies from them. Leave those tactics to politicians in other countries. Not here in Canada. If you want the Constitution to be respected, you need to act in a manner that shows you respect it yourself.