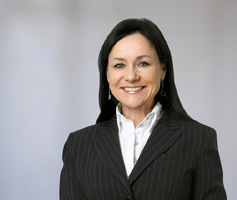 Prime Minister Harper announced late last week that his choice for replacing soon to retire Justice Louis LeBel was Suzanne Cote, a respected member of the Quebec bar and commercial litigator with the esteemed law firm of Osler, Hoskin & Harcourt. While his choice of judge cannot be faulted, the manner in which he is carrying out this nomination can be.

First, I want to underscore what the Prime Minister got right in this appointment. Since Justice LeBel is from Quebec, Mr. Harper followed the dictates of the Constitution and the very clear advice from the Supreme Court and nominated a person who is currently a member of the Quebec bar (the choices on the Quebec superior courts were evidently not to his liking).

He also chose a woman which is important. While gender parity is not possible on a 9 member Supreme Court bench, 4 out of 9 judges is close. We look forward to the day when women actually outnumber men in that court.

Finally, he selected a member of the Bar whose credentials cannot be challenged. By all accounts (I cannot pretend to know Ms. Cote but just what I have read about her), Ms. Cote is very respected and senior member of the litigation bar of Quebec.

While it is unusual to appoint directly from the Bar to the Supreme Court of Canada bench, it has been done in the past. Justice Sopinka was one such appointment and his appointment was a success.

Where I have a concern is in relation to the modalities being followed here. Or more specifically, in not being followed here. In 2004, the justice committee of the House of Commons reviewed the process for appointment to the Supreme Court of Canada. Former Justice Minister Irwin Cotler described the culmination of that review in his editorial article in Friday’s Globe & Mail entitled “The dismantling of Supreme Court reform” (November 28, 2014):

At the time, it seemed that Canada had charted a new beginning with respect to the Supreme Court appointments process. While committee members did not all agree on the specifics of what a revamped process should entail, there was consensus about the principles on which it should be based: transparency, accountability and inclusivity, with provincial, parliamentary and public involvement.

Conservative committee members – including Mr. MacKay – advocated “a greater degree of transparency,” as well as a “public review of a short list of the nominees before a parliamentary committee.” The New Democrats called for “enhancing the open, transparent and democratic nature of the process.” And the Bloc Québécois noted that there was all-party agreement about the need for a new process involving Parliament and the provinces. Liberal members endorsed the committee’s final report, which made eight recommendations designed to “render the appointments process more credible, especially through an appropriate role played by parliamentarians.”

As justice minister, I sought to implement – and even enhance – those recommendations in consultation with the justice committee. The 2004 process that led to the appointments of Justices Rosalie Abella and Louise Charron featured, for the first time, evaluation criteria announced publicly at the outset; a published protocol setting forth the people to be consulted; an advisory selection panel composed of MPs, distinguished representatives of the legal community and eminent public persons; and an ad hoc parliamentary committee where I took questions prior to the confirmation of the appointments, notably about the nature of the consultation process and the way in which the evaluation criteria were satisfied by the nominees. Moreover, the public was invited to participate, the advisory panel was empowered to carry out independent consultations and the ad hoc committee made public recommendations for improvement, the whole refined for the 2005 appointment process that led to the nomination of Justice Marshall Rothstein.

What is important, in my view, especially in relation to a central institution as important as the Supreme Court of Canada, is that protocols and practices be complied with and followed. Procedural consistency is critical in maintaining a respect for our national institutions and, therefore, our constitution. The review by the all party House of Commons justice committee in 2004 planted the seeds of what should have been the development of a new constitutional convention or custom – the vetting and review of Supreme Court appointments developed after careful review and deliberation by elected members sitting on a committee charged with that task. The government’s actions in this case do not respect the deliberations of the 2004 committee or the processes that were followed or developed leading to the appointments of Justices Abella, Charron and Rothstein.

The government’s decision not to act in a transparent manner with sufficient consultation and inclusivity does not auger well in the long term for that continued respect for our central bodies. Thus, while I respect the appointment of the soon-to-be Madam Justice Cote, I wish that the Prime Minister had taken the more time-consuming and careful approach of subjecting himself to a consultative process ending in a review by parliamentary committee.

I share Mr. Cotler’s concerns that the Conservative government did not take the more open, inclusive and involved process. It undermines our democracy and our constitutional principles.