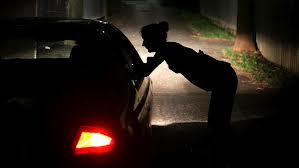 In an early Christmas gift to those of us who love constitutional law, the Supreme Court of Canada delivered its landmark ruling in Attorney General (Canada) v. Bedford, 2013 SCC 72 on Friday, December 20, 2013. While so many commentators refer to rulings of the Supreme Court as landmark, this one truly is a “landmark decision”. The unanimous judgment authored by Chief Justice McLachlin delivers clarification on a number of important issues and, of course, determines that the provisions of the Criminal Code prohibiting the use of bawdyhouses, living on the avails of prostitution and communication in a public place for purposes of prostitution are contrary to s. 7 of the Charter and cannot be justified by s. 1.

McLachlin CJ noted that the provisions respecting solicitation for the purposes of prostitution had been previously challenged under s. 7 and that the Court had in 1990 found them to be constitutional: Reference re ss. 193 and 195.1(1)(c) of the Criminal Code (Man.), [1990] 1 S.C.R. 1123 (the “Prostitution Reference“). The application judge had found that, in the Prostitution Reference, the Supreme Court had not dealt with the security of the person interest as argued before her: rather that earlier decision had focussed on the s. 7 “physical liberty interest alone”. The Court held that the common law principle of stare decisis is subordinate to the Constitution and cannot require a lower court to uphold an unconstitutional law [paras. 43 and 44]. The threshold for revisiting a previous matter and for ignoring a binding precedent is not an easy one to reach: the threshold is met when a new legal issue is raised or there is a significant change in the circumstances or evidence. McLachlin CJ held that the application judge was therefore correct in her determination that it was open to her to reassess the constitutionality of the anti-solicitation provisions in the light of the security of the person interests.

(I note that the intervenor, David Asper Centre for Constitutional Studies, represented by my colleague, Cheryl Milne and Joe Arvay, QC, was singled out by the Chief Justice for their submissions on this issue.)

The majority of the Ontario Court of Appeal had determined that the application judge’s determinations in respect of social and legislative facts were not entitled to deference. The Chief Justice defined these facts as being “facts about society at large, established by complex social science evidence”. The Chief Justice disagreed with the majority of the Court of Appeal. To her, it did not matter that the evidence relating to these facts was established by affidavit. She argued that to allow the appeal courts not to pay deference to the application judge on these facts would mean that the appeal courts would have to take hours if not weeks to review all the material and reconcile the differences between the experts, reports and studies and in order to intimately appreciate and analyse the evidence. The same deference that is afforded a trial judge respecting findings of fact – namely, that there be no review unless there is a palpable and overriding error – is the deference to an application or chambers judge respecting adjudicative, social and legislative facts in a Charter case.

“The case law on arbitrariness, overbreadth and gross disproportionality is directed against two different evils. The first evil is the absence of a connection between the infringement of rights and what the law seeks to achieve — the situation where the law’s deprivation of an individual’s life, liberty, or security of the person is not connected to the purpose of the law. The first evil is addressed by the norms against arbitrariness and overbreadth, which target the absence of connection between the law’s purpose and the s. 7 deprivation.

“The second evil lies in depriving a person of life, liberty or security of the person in a manner that is grossly disproportionate to the law’s objective. The law’s impact on the s. 7 interest is connected to the purpose, but the impact is so severe that it violates our fundamental norms.”

The Chief Justice described the principle against arbitrariness as follows [para. 111]:

“Arbitrariness asks whether there is a direct connection between the purpose of the law and the impugned effect on the individual, in the sense that the effect on the individual bears some relation to the law’s purpose. There must be a rational connection between the object of the measure that causes the s. 7 deprivation, and the limits it imposes on life, liberty, or security of the person (Stewart, at p. 136). A law that imposes limits on these interests in a way that bears no connection to its objective arbitrarily impinges on those interests.”

She clarified what she understood the principle against overbreadth to be [para. 112]:

“Overbreadth deals with a law that is so broad in scope that it includes some conduct that bears no relation to its purpose. In this sense, the law is arbitrary in part. At its core, overbreadth addresses the situation where there is no rational connection between the purposes of the law and some, but not all, of its impacts.”

“The rule against gross disproportionality only applies in extreme cases where the seriousness of the deprivation is totally out of sync with the objective of the measure. This idea is captured by the hypothetical of a law with the purpose of keeping the streets clean that imposes a sentence of life imprisonment for spitting on the sidewalk. The connection between the draconian impact of the law and its object must be entirely outside the norms accepted in our free and democratic society.

“Gross disproportionality under s. 7 of the Charter does not consider the beneficial effects of the law for society. It balances the negative effect on the individual against the purpose of the law, not against societal benefit that might flow from the law.”

She noted that the s. 7 analyses of arbitrariness, overbreadth or gross disproportionality do not consider the ancillary beneficial effects of a law or the percentage of the population that is affected by a law: the analysis is, in her words, “qualitative, not quantitative” [para. 123]. Indeed, “[t]he question under s. 7 is whether anyone’s life, liberty or security of the person has been denied by a law that is inherently bad; a grossly disproportionate, overbroad, or arbitrary effect on one person is sufficient to establish a breach of s. 7”: [para. 123].

The Relationship between Section 7 and Section 1

A question that has perplexed Charter scholars from the beginning was how a law which might violate a person’s life, liberty or security of the person in the manner that is not in accordance with the principles of fundamental justice might be justified under s. 1 of the Charter. By having stated that the analysis undertaken for the fundamental principles respecting arbitrariness, overbreadth or grossly disproportionate effect does not involve any balancing of the public interest, the path for a meaningful role for a section 1 analysis is cleared [para. 125]:

“Section 7 and s. 1 ask different questions. The question under s. 7 is whether the law’s negative effect on life, liberty, or security of the person is in accordance with the principles of fundamental justice. With respect to the principles of arbitrariness, overbreadth, and gross disproportionality, the specific questions are whether the law’s purpose, taken at face value, is connected to its effects and whether the negative effect is grossly disproportionate to the law’s purpose. Under s. 1, the question is different — whether the negative impact of a law on the rights of individuals is proportionate to the pressing and substantial goal of the law in furthering the public interest. The question of justification on the basis of an overarching public goal is at the heart of s. 1, but it plays no part in the s. 7 analysis, which is concerned with the narrower question of whether the impugned law infringes individual rights.”

The evidentiary burdens to be borne by the different parties also is better delineated: the government must, of course, bear the burden of establishing the justification of a law which is considered arbitrary or overbroad in relation to its goal or which has a grossly disproportionate effect to its goal. The claimant, however, must bear the burden of showing the breach of his or her right: [paras. 126-127]. As the Chief Justice noted, “although the concepts in s. 7 and s. 1 are rooted in similar concerns, they are analytically different” : [para. 128].

The application of these principles in this case determined that the provisions of the Criminal Code prohibiting bawdyhouses [s. 210], living on the avails of prostitution [s. 212(1)(j)], and communication in a public place for the purpose of prostitution [s. 213(1)(c)] violated s. 7 and could not be saved under s. 1.

The Chief Justice decided that, while these particular provisions violated the Charter, it did not mean that Parliament could not legislate limits as to how and when prostitution could be carried out [para. 165]. She suspended the declaration of invalidity for one year to give Parliament time to determine what, if any, limitations it may choose to impose. In so doing, the Chief Justice and the other eight justices have invited Parliament to legislate limits – but ones that will respect the life, liberty and security of the person of the women (and men) who, through poverty, drug dependency or desperation, find themselves working in the field of prostitution. The next year should be interesting to see how the current government steers this agenda item through Parliament – if it decides to do anything at all.